A LOT OF PLACES TO VISIT

Less than 10 km from the sea and inside the Gherardesca Castle, the small precious village of Bolgheri awaits you with its Viale dei Cipressi, an avenue flanked by tall cypress trees, almost 5 km long. The area produces world-class wines such as Sassicaia, Ornellaia and Guado al Tasso and many other top quality wines. The shops offer local products and souvenirs, trattorias and restaurants invite you to try the culinary specialties and fine wines.

The historic center of Bibbona, with its characteristic stone-paved streets, winds around the perimeter of the ancient castle and houses some buildings of considerable artistic and historical value such as the Rocca, which is located at the highest point. About 1km from the town there is an old windmill Il Cardellino active from the 18th century to the beginning of the 20th century.

In Volterra history has left its mark with continuity from the Etruscan period until the nineteenth century, with artistic and monumental testimonies of great importance, which can be admired simply walking through the streets of the historic center, but also visiting the city's museums: the Museum Etruscan, the Civic Art Gallery, the Museum of Sacred Art, the Alabaster Ecomuseum. Alongside these monuments you can find a pristine landscape, a quality of life still human and an artistic handicraft unique in the world: alabaster.

San Gimignano, a small fortified town, is famous for its architecture and for its beautiful medieval towers that make the city profile truly unique. In the most flourishing period, the rich families of San Gimignano arrived to build 72 towers as a symbol of their well-being and power. Declared a World Heritage Site by UNESCO in 1990, San Gimignano is one of the small pearls of the province of Siena and also offers excellent local products such as saffron and white wine called Vernaccia di San Gimignano. 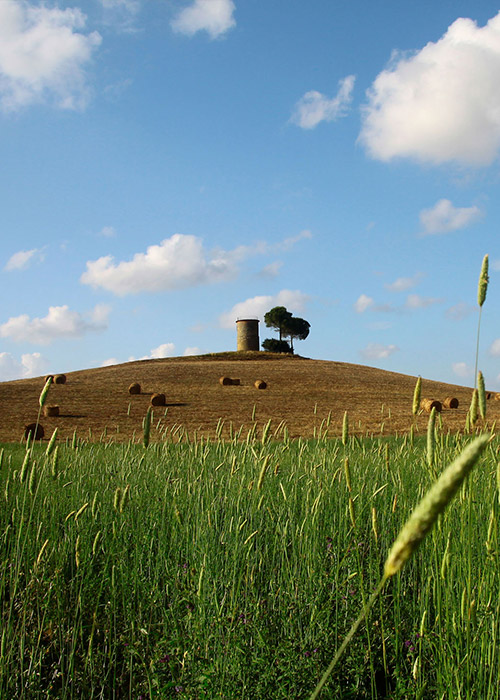 Florence has offered the whole world that stage that great artists like Michelangelo, Brunelleschi, Leonardo da Vinci and Galileo have used to make their works and their creative genius known. Florence is the fulcrum of Tuscany's intellectual, artistic and cultural heritage, not to mention Italy. To visit Piazzale Michelangelo to take pictures of a magazine, Ponte Vecchio and goldsmith shops, Piazza Del Duomo, Palazzo Pitti and Il Giardino di Boboli. Do not forget to taste the famous Florentine.

It is a most beautiful city of art in Tuscany that can be visited in a day, but if you want to appreciate it better, stop for a few days or choose it as a base to explore central Tuscany or north. It is located in the plains at the foot of the Apuan Alps. Near the city of Lucca do not miss the Versilia and its beaches, Barga and the splendid Garfagnana and the Apuan Alps. 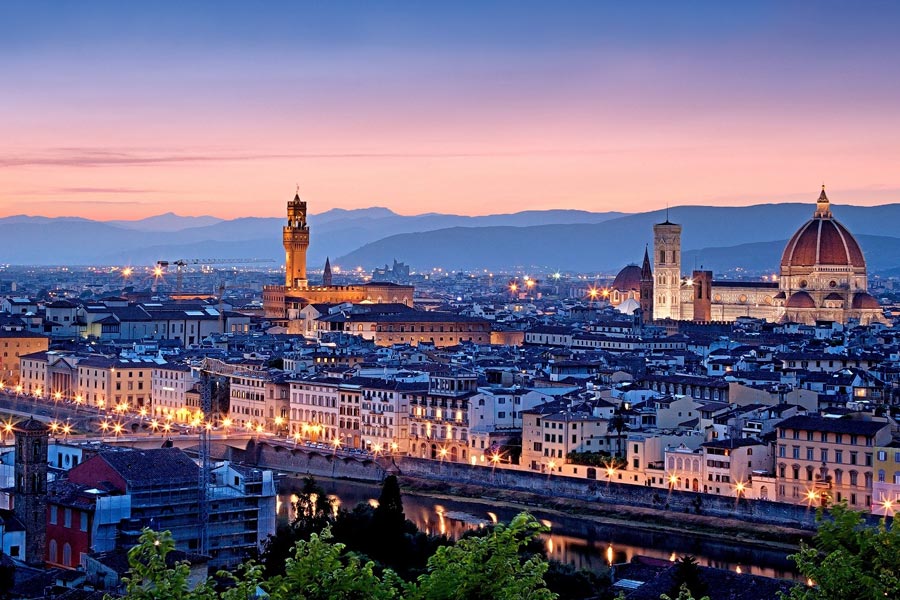 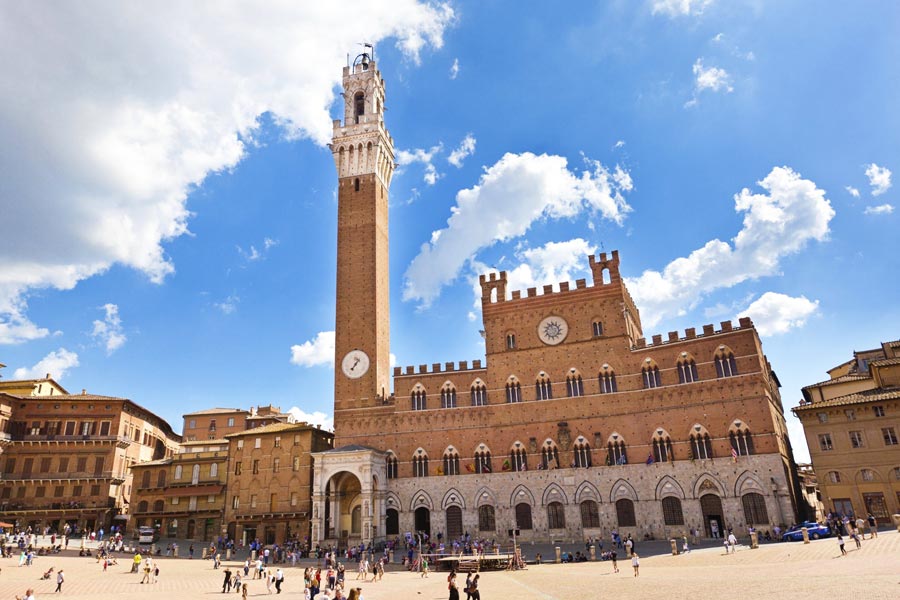 Located in the heart of Tuscany and surrounded by hills, it is one of the most beautiful medieval cities in Italy. The heart of the city is the famous Piazza del Campo, with its particular shell shape, in which the famous Palio is held: a passionate horse race that takes place every year, in July and August. The Campo is dominated by the red Palazzo Pubblico and its tower, called Torre del Mangia. Also worth visiting is the Duomo with its marvelous facade.

It is the famous Leaning Tower that makes Pisa known all over the world, but the city also offers many other interesting things to see and it is worth spending at least one day. Arriving in the beautiful Piazza dei Miracoli, the eye is undoubtedly captured by the Tower, we can not deny it, the experience of climbing on its top is incredible and absolutely not to be missed. You can also enjoy a nice walk along the Arno. 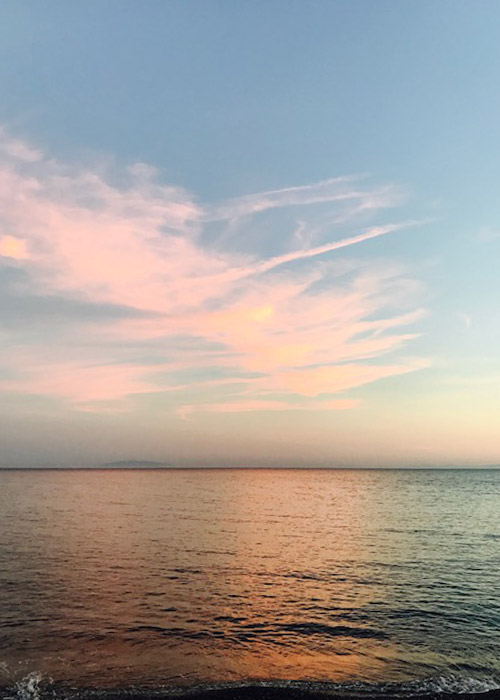 Thanks to the mild climate, the tranquility and the beauty of the landscape Marina di Bibbona has become a well-known seaside resort for a relaxing, fun and surrounded by nature. The real jewel of Marina di Bibbona consists of its coastline, which includes large beaches of fine sand, the typical tombs of Mediterranean vegetation and the characteristic dunes. The tomboli, which were formed in the last century, have the function of repairing the cultivated areas of the interior from the sea winds and are constituted by a low vegetation that separates the beach from the hinterland.

Marina di Castagneto is one of the most popular and popular places on the Etruscan Coast, with accommodation and entertainment facilities, including one of the largest playgrounds in Tuscany: the Cavallino Matto. The wide and sandy beach is equipped with numerous bathing establishments, while to the south and north of the resort, kilometers of free beach, object of daily cleaning, still offer the spectacle of the flowering of sea lilies and other pioneer plants.

From May until late September it is filled with both Italian and foreign tourists. There are at least four free beaches, two of which are very large. At the end of the walk, in the direction of Bibbona, begins the strip called Andalù wild and silent, irresistible especially in summer for those who do not like the crowded beach. The beach stretches for over 10 kilometers parallel to the pine forest that is part of the Tomboli Nature Reserve, protected by the Forestry Corps: an absolute marvel.

As soon as you cross the threshold of the Podere San Filippo, you will be seduced by the charm and by the magic of the place. A private tree-lined avenue will lead you to the heart of the property, where you can enjoy the sweetness of the places and a flowered courtyard.
WHATSAPP
+39 339 1344575
+39 371 4678891
Via di Bacco, 2
57020 Bibbona LI
podere.sanfilippo@libero.it
IT | EN | DE